“Simon Aubrey has brought a unique edge to New York seafood dining that hasn’t been since Eric Ripert took the helm at “Le Bernardin”. With the opening of “Simon the Fisherman” in Midtown Manhattan, New Yorkers now have access to what I personally consider the forefront in western cuisine. With stellar dishes like his “Kingfish Carpaccio” and his “Lobster Risoni” it looks like this Michelin-starred British chef is set to make a big mark in the New York dining scene. I am looking forward to seeing what he will come up with next.”

With 2 Michelin stars under his wing and a restaurant that is the toast of New York high society, one could be forgiven for assuming that Simon Aubrey was on his path to becoming the next Heston Blumenthal or Gordon Ramsay. Unfortunately for him, the terrible combination of a visit by the Mayor of New York and the accidental purchase of some day-old razor clams by his sous-chef has led to his flagship restaurant, “Simon the Fisherman”, to be closed by the FDA and with that the end of his dreams of becoming America’s favourite British chef.

Struggling with depression due to the closure of his restaurant and the subsequent media backlash, Ben Kekoa, Simon’s best friend and attorney, has offered Simon the use of his luxury apartment in Waikiki, Honolulu. In Hawaii Simon befriends local Hawaiians who teach him important life lessons and change his attitude about life.

* A charming, uplifting and heart-warming story 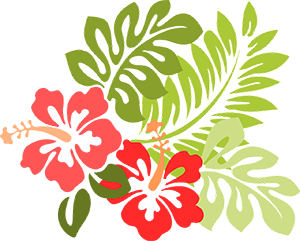